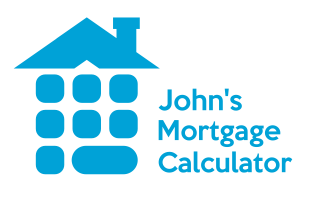 Contrary to reports that home prices across the nation have risen higher than previous peaks, a new study by online real estate information company Trulia reports that prices have not yet recovered their full value that was lost when the housing bubble burst back in 2008. The survey showed that 34.2% of homes have reached levels that are above their pre-recession peaks. There are pockets where values have risen to pre-recession levels, such as Denver and San Francisco, though areas like Las Vegas and parts of Arizona have seen only 3% of homes hit their price peaks.

Cleveland Fed President Mester (non-FOMC voter) said inflation is nearing the 2% target, the Fed's employment goal has been reached, and recent economic weakness is transitory. In order for the Fed to hike rates further, they want to see Core Personal Consumption Expenditure rise confidently above 2%. Mr. Mester went on calling for continued removal of low interest rates and announcing plans in 2017 to trim the Fed's $4.5 trillion portfolio of Treasury and Mortgage Backed Securities.

Commentary at the close: Not much action in the Mortgage Bond market as prices traded in a tight range ending with modest losses, despite the S&P 500, Dow and NASDAQ closing near unchanged. There were no economic reports due for release today. The Fannie Mae 30-yr 3.5% coupon closed at 102.50, -9bp. The U.S. Labor Market Conditions Index (LMCI) rose to 3.5 in April from 0.4 in March. The New York Fed's Survey of Consumer Expectations for April showed median one-year-ahead inflation expectations rising to 2.8%. Both news items capped prices. The Dow closed at 21,012.28, the S&P at 2,399.38, while the NASDAQ settled at 6,102.66, a record high. WTI oil closed at $46.43, +$0.21. 10-yr T Note yield rose to 2.38%. There are no major economic reports due for release tomorrow

103.12 the market considers a selling oportunity