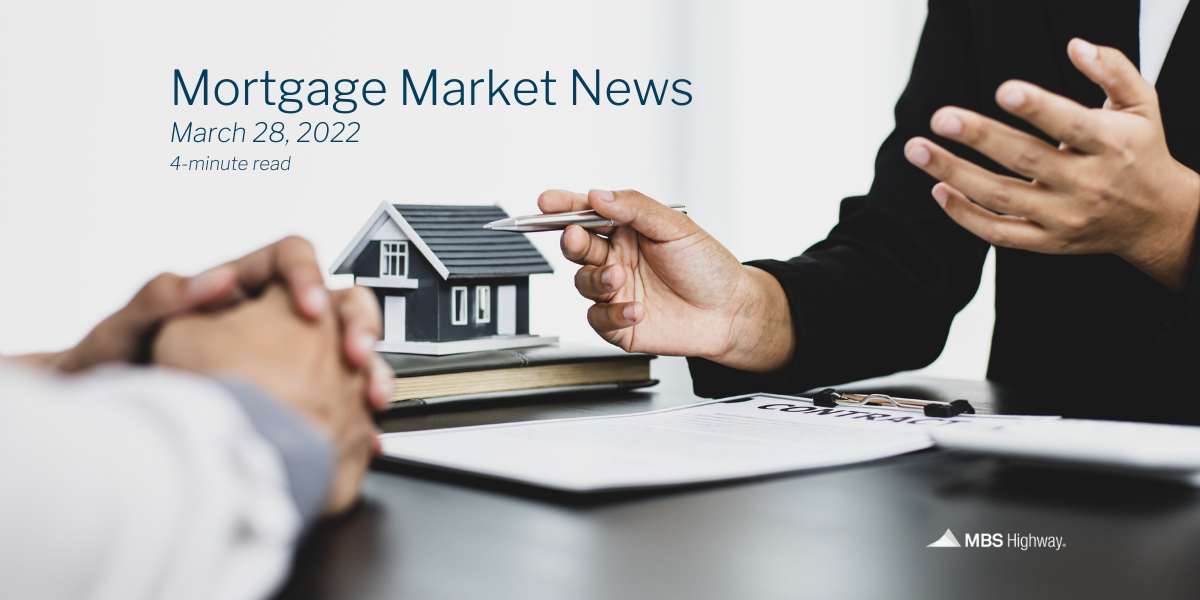 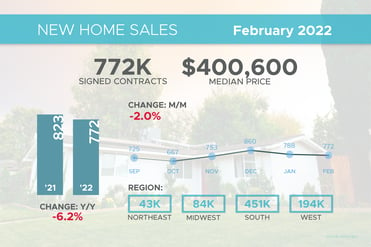 New Home Sales, which measure signed contracts on new homes, were down 2% from January to February at a 772,000 unit annualized pace. This was weaker than expectations of 801,000.

In addition, sales in January were revised lower and when factoring this in, February’s sales were actually down 3.5% from the originally reported January figure. Sales were also 6.2% lower than they were in February of last year.

Looking at inventory, there were 407,000 homes for sale at the end of February, which equates to a 6.3 months’ supply and is up 33% from last year. But that’s not the whole story.

Of the 407,000 homes for sale, only 35,000 or 9% are actually completed. The rest are either not started or under construction. When we factor in the homes that buyers could actually move into today, inventory is closer to about half a month’s supply.

On a related note, US homebuilder KB Home reported first quarter earnings and Jeff Kaminski, their CFO noted, "Our biggest challenge today is completing homes, not selling them, as demand continues to be robust."

They missed delivery figures because of ongoing supply constraints, and they cited flexible duct work, stainless steel, double ovens, garage doors, windows, cabinets, and HVAC equipment as just a few of the reasons they cannot deliver homes. The big takeaway once again is that demand remains robust, even in the face of higher rates. 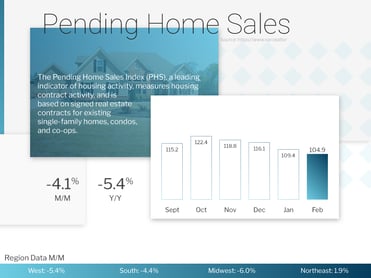 Pending Home Sales, which measure signed contracts on existing homes, fell 4.1% in February, which was weaker than expected. Sales were also down 5.4% when compared to February of last year.

While higher interest rates could certainly be impacting demand, the real story here once again is inventory. There were only 870,000 existing homes for sale last month, which is down 16% from last year and 34% from July. Quite simply, if there were more homes for sale, there would be more sales.

Note that if we look at the number of signed contracts over a longer timeframe, such as the last five years, the level of Pending Home Sales is not really terrible. But they are below the crazy highs that were set during the rush to purchase that followed the dip in signed contracts during the start of COVID.

Last week, Fed Chair Jerome Powell said that “inflation is much too high” and he pledged to take “necessary steps” to bring prices under control. He said that the Fed will continue to hike its benchmark Fed Funds Rate until inflation is under control. Note that the Fed Funds Rate is the interest rate for overnight borrowing for banks and it is not the same as mortgage rates.

Powell also noted that rate hikes could go from the traditional 25 basis point moves to more aggressive 50 basis point increases if necessary. The Fed’s more aggressive tone sparked some fears in the Bond market that the Fed will be more serious about reducing their balance sheet, causing a selloff last Monday.

Remember that the Fed has two levers they can pull for tightening the economy – hiking their benchmark Fed Funds Rate and reducing their balance sheet. Hiking the Fed Funds Rate will actually be a good thing for mortgage rates, as the Fed curbs inflation and preserves the fixed return a longer data Bond provides.

The bottom line is that we will want to closely watch how the Fed tries to walk the tightrope of hiking and allowing a balance sheet runoff during 2022, as these actions will play a critical role in the direction of Mortgage Bonds and mortgage rates this year.

In addition, Fed Governor Waller acknowledged that the rental component within the Consumer Price Index is understating how much rents are really going up. He believes there is going to be a catch up in 2022, with that component potentially doubling, which would add upward pressure to inflation. While it's possible some other components of the index come down, the Bond markets did not like these comments.

Remember, inflation is the arch enemy of fixed investments like Mortgage Bonds because it erodes the buying power of a Bond's fixed rate of return. If inflation is rising, investors demand a rate of return to combat the faster pace of erosion due to inflation, causing interest rates to rise. 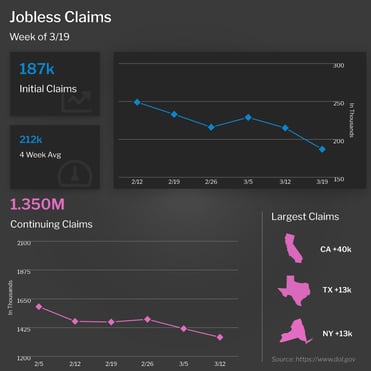 Initial Jobless Claims fell by 28,000 to 187,000 in the latest week, as the number of people filing for unemployment benefits for the first time hit the lowest level since September 1969.

Continuing Claims, which measure people who continue to receive benefits after their initial claim is filed, also fell by 67,000 to 1.35 million. This is a low going back to January 1970.

Claims are at very strong pre-pandemic levels, showing that the labor market remains tight as employers are holding on to their workers and firing less.

Wednesday’s 20-Year Bond Auction was met with strong demand. The bid to cover of 2.72 was stronger than the one-year average of 2.40. Direct and indirect bidders took 90.4% of the auction compared to 81% in the previous 12.