9:43 AM - The S&P trades near unchanged soon after the open.

8:51 AM - September Housing Starts fell to their lowest level in 1 1/2 years, but single-family construction jumped to its strongest level since February. 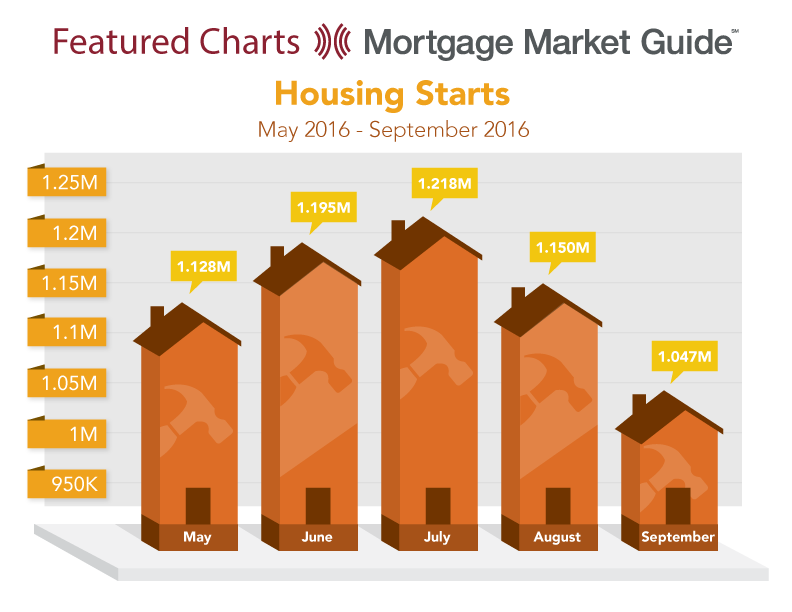 What are 'Housing Starts?'

Housing starts are the number of new residential construction projects that have begun during any particular month. The New Residential Construction Report, commonly referred to as "housing starts," is considered to be a critical indicator of economic strength. Housing start statistics are released on or around the 17th of each month by the U.S. Commerce Department. The report includes building permits, housing starts and housing completions data. Surveys of homebuilders nationwide are used to compile the data.

What are 'Building Permits?'

The monthly building permit report is closely watched by economists and investors alike. Since all related factors associated with the construction of a building are important economic activities (for example, financing and employment), the building permit report can give a major hint as to the state of the economy in the near future.

What is the ‘Beige Book?'

A commonly used name for the Fed report called the Summary of Commentary on Current Economic Conditions by Federal Reserve District. It is published just before the FOMC meeting on interest rates and is used to inform the members on changes in the economy since the last meeting.

8:12 AM - September Housing Starts and Building Permits will be released at 8:30.