GDP 1.2% Not much Spending by consumer or business 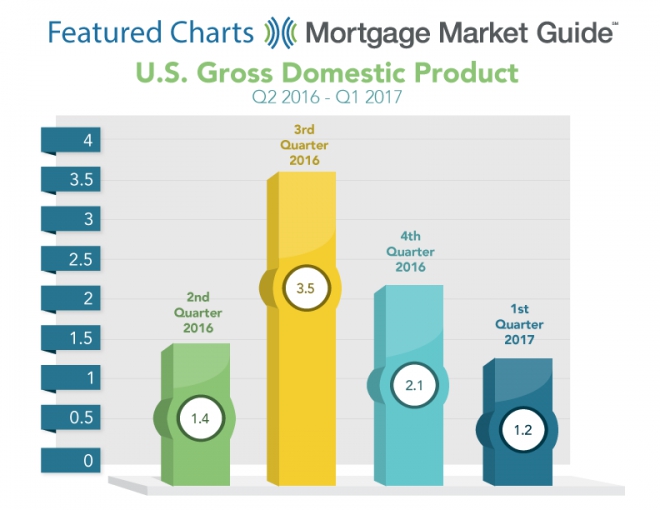 The Bureau of Economic Analysis reported on Friday that the second read on first quarter Gross Domestic Product rose 1.2% from the original reading of 0.7%. Slow business and consumer spending continued to restrain growth in the first three months of 2017. Consumer Spending rose 0.6% from 0.3%, still a low number. However, the Atlanta Fed predicts second quarter GDP to rise to 4.1%.

Consumer products meant to last at least three years fell less than anticipated in April, but fell for the first time in five months. April Durable Orders fell 0.7%, above the -1.2% expected while March was revised to 2.3% from 0.7%. In addition, the final read on May Consumer Sentiment came in at 97.1 versus 97.5 expected and had little impact on trading.
"Consumer sentiment has continued to move along the high plateau established following Trump's election," the survey's chief economist, Richard Curtin, wrote.